I just discovered that I’ve forgotten to upload the photos of some finished tattoos from 2010. Finished all those at about February-March 2010 and then went off to touring with Talbot. And forgot all about those afterwards.
Here they are now:

this one is on Talbot’s soundman. 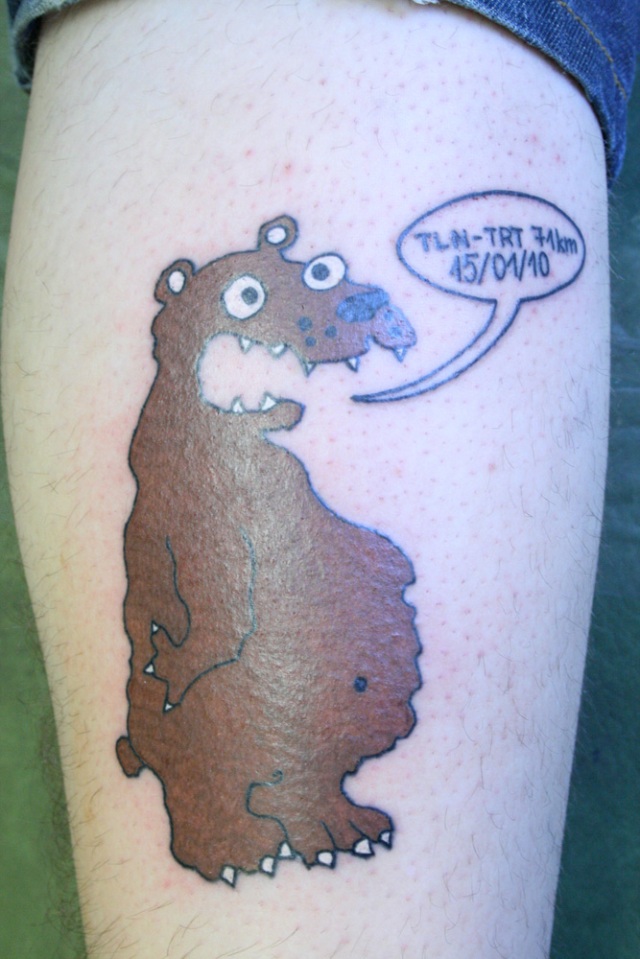 This one is a cover-up. There was some old messy tribal before. You can find the before pic somewhere in this blog. 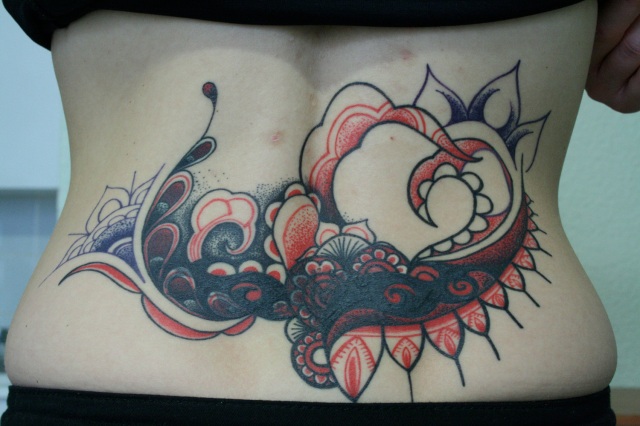 A dragonbusiness with a bit celticish thing going on. A cover-up as well, actually. Although, it was quite small thing to cover, lying under the dragons head now. Before pic for this is also somewhere in this blog. 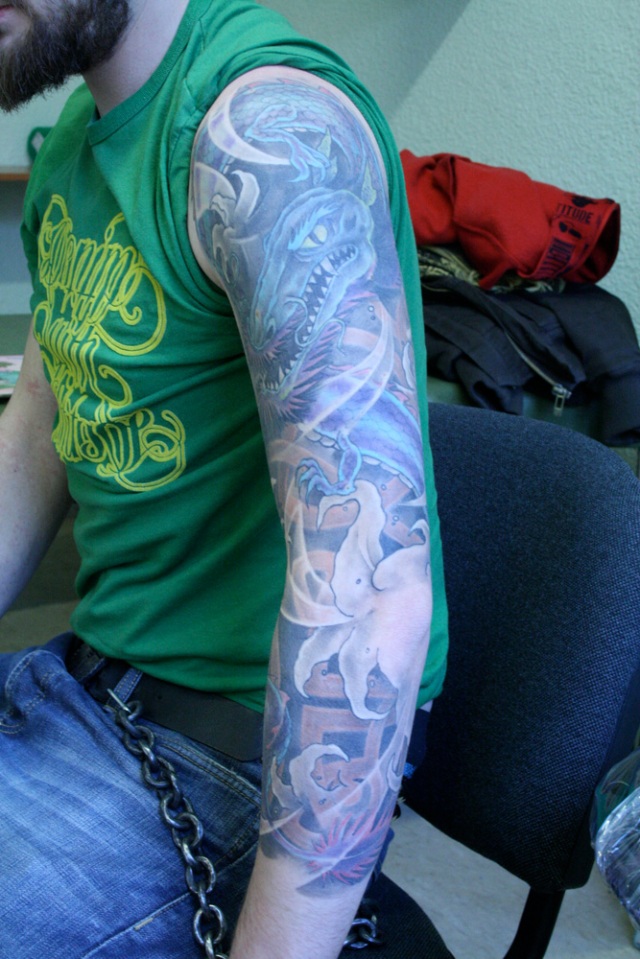 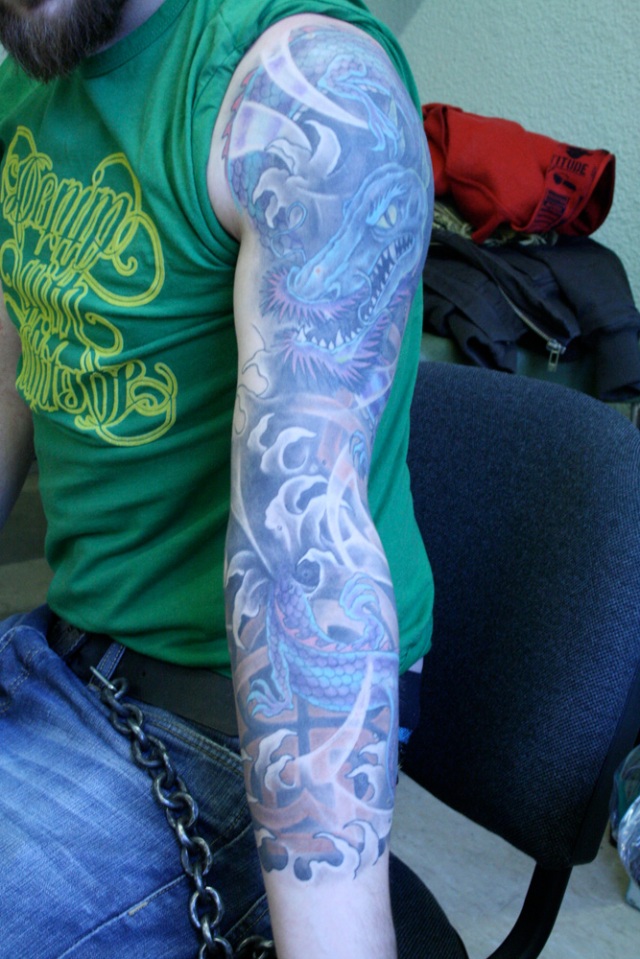 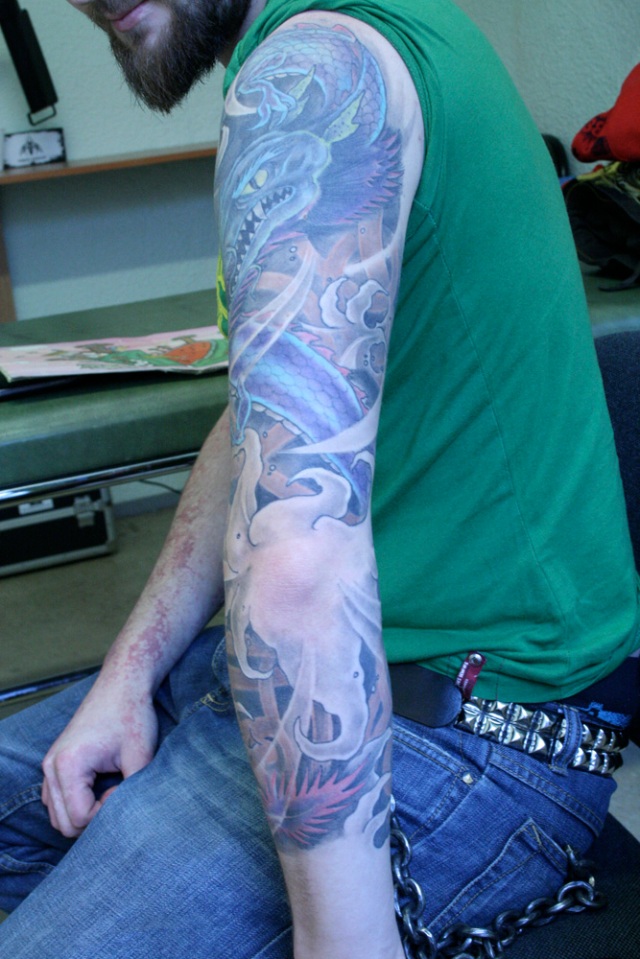 What’s this? A cover-up, again. Before pic – somewhere in this blog, again. 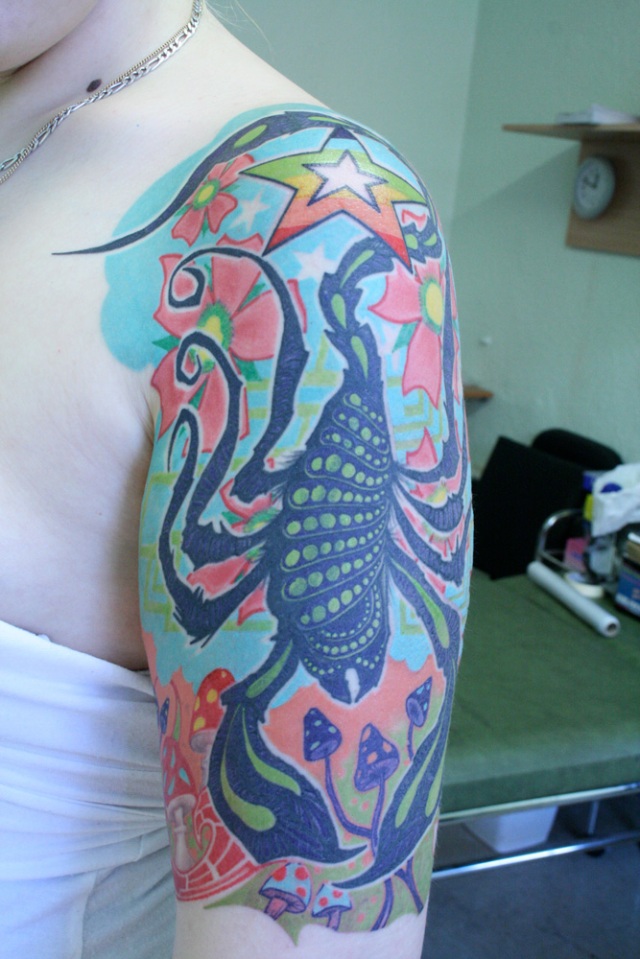 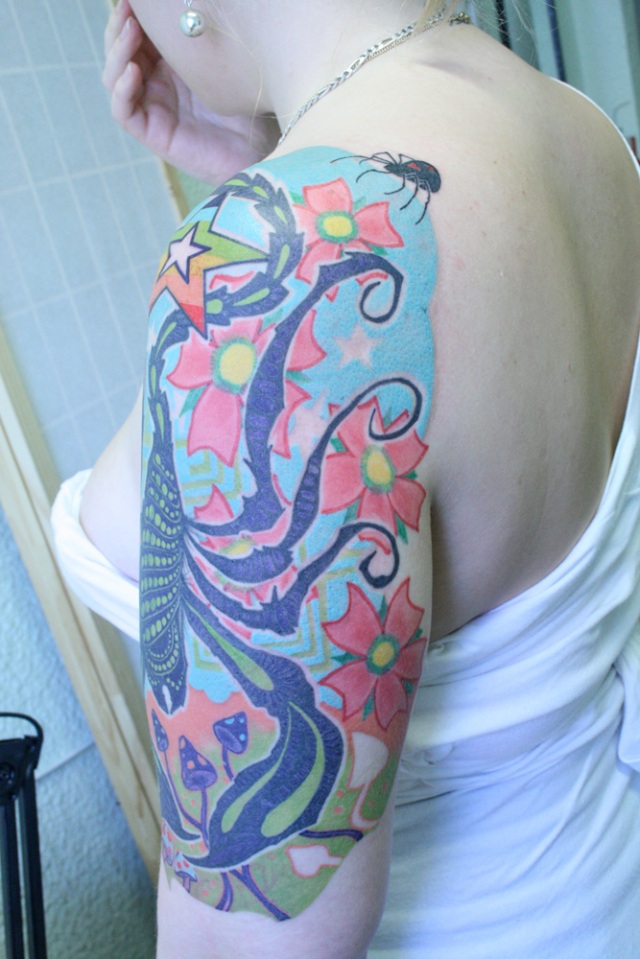